I have two children aged 6 and 3 and they cannot seem to stop fighting. They fight over toys, food, finger pointing and blame each other for all the messes in the house. How do I encourage them to be more loving? Should I investigate each quarrel and accord blame or just ignore the fights?”

What the Expert Says 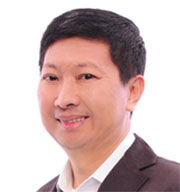 Affiliate Director of the Institute for the Habits of Mind

Expert on Education and Curriculum

While it is not unusual for children at this age to fight, you should not ignore the fights. Children, just like adults, have a reason for behaving in a particular way.

Therefore, getting to the root cause of the fight is a good way to address the problem. Common reasons for fights are boredom, sense of unfair treatment by parents, inability to express oneself through words and seeking attention. Most parents will resort to playing judge, jury and executor, usually punishing both children and taking away toys or food. This method is unhelpful as the children will build up resentment towards the other sibling or towards the parent.

Fights is a good opportunity to demonstrate how to resolve and mediate a problem. For example, if one child says that his brother is snatching his food or his toy, you can step in by asking the one who took it why he has done so. Then in a calm and low tone, mediate the situation by asking them what ideas they would come up so that each can still get what they want. The key is to remain calm and not get angry. Anger begets anger.

Finally, while it is impossible to prevent fights, what is more important is how it is resolved. During quiet moments when the child is alone with you, you might want to ask them question like “After you fight with Di Di, how do you feel?” Get them to share their feelings and reasons.

My child looks plump. Is he overweight?

My three-year-old son looks plump. Is he overweight? 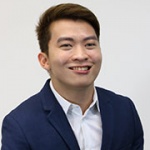 Child is 6 years old, and is still wearing diapers to sleep at night

My child is 6 years old, and is still wearing diapers to sleep at night. We tried waking him at night to pee, but he urinates again after that. What should I do? 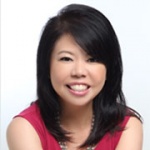 Toddler uninterested in feeding herself

My two-year-old toddler seems to be completely uninterested in feeding herself. She will only eat if we spoon feed every single mouthful to her. She will only feed herself unhealthy snacks which we don’t want to give to her. What can I do to encourage her to self-feed? 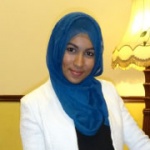 Raising a child is no easy task and this is why we’re here to help you!

Join us as Expert

Join our expert panel and interact with Skoolopedia's community of parents

JOIN OUR PANEL OF EXPERTS